The staff at Advanced Medical Thermography strives to provide you a professional and comfortable experience. The high quality equipment, M.D. Thermologist interpretations, and follow up are the same at all locations and with each CCT. 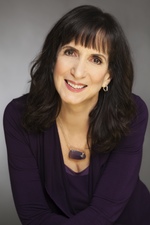 Dr. Hillary Smith began her integrative chiropractic and nutrition practice in the San Fernando Valley area of Los Angeles in 1985, after graduating Magna Cum Laude from the Southern California University of Health Sciences. There she earned a Bachelor of Science in Biology and a Doctor of Chiropractic degree in 1984. Her studies have continued in Functional Nutrition, Kinesiology, Mind Body Therapies, Herbal Medicine and Homeopathy. She was a class valedictorian when she received a Doctorate of Homeopathic Medicine from the Hahnemann College of Homeopathy in 1994. In 2005, Dr. Hillary Smith received certification in First Line Therapy, a lifestyle change program that addresses many chronic health issues and was certified in one the first Health Coach programs in 2000.

While researching options for her own pro-active health, Dr. Smith became interested in Digital Infrared Thermal Imaging (DITI) or Thermography. In 2006, she opened Advanced Medical Thermography, The Breast Thermography Center within her existing Sherman Oaks location. Dr. Smith realized that utilizing thermal imaging at the center of wellness and offering a superior service was where all the roads she had traveled led to. She went to North Carolina to receive her training on the campus of Duke Medical Center through the auspices of the American College of Clinical Thermography.

Because of her dedication and excellence in the field, Dr. Smith was hand selected to train as a Level III Clinical Thermographer, the highest certification available through the ACCT. She was personally trained by Dr. Peter Leando, an international leader in thermal imaging. In 2019, she was awarded the Certificate of Outstanding Achievement at the ACCT International conference. In 2013, her practice focus became centered on Breast and Full Body Thermography, and how the information from the images could be translated into a proactive health action plan.

Hillary is a native of Los Angeles and received her education locally. In addition to staying current in functional nutrition and natural medicine, she enjoys traveling, live music, yoga practice and spending time with fun and interesting people. Other interests include her participation on the Advisory Board of The She Angels Foundation. Her greatest accomplishment is raising a remarkable son. 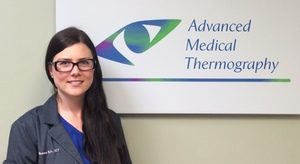 Nora is our Vice President of Client Relations and Senior Tech. She joined Advanced Medical Thermography in 2011 after moving to Southern California following her graduation from The University of California, Berkeley.

Nora is dedicated to providing an excellent service with her professional and caring ways. She received her CCT certification from the American College of Clinical Thermology in 2012 and went on to achieve advanced level certification and training. Nora is well versed and qualified to answer your questions about thermography.

Nora grew up in Sacramento, CA where she thrived receiving a Waldorf education. Her other interests include music and caring for animals. She has experience touring the world as a professional drummer. In addition to caring for their cats, Nora and her husband have opened their home to foster kittens waiting to find their fur-ever home.

Nora is a favorite with all our patients because of her knowledge, kind disposition and beautiful smile.

Please enter your email to get news from Advanced Medical Thermography.